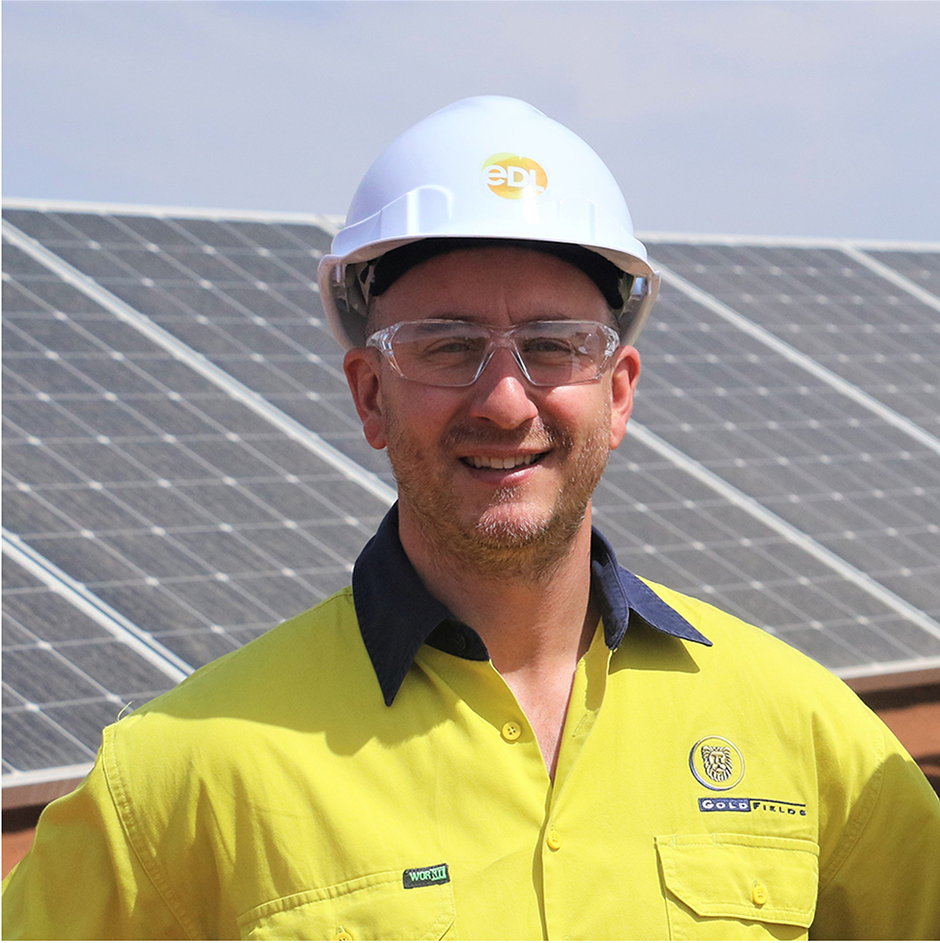 James Koerting, our Unit Manager, Electrical Operations in Australia, has been nominated for Business News’ 40under40 awards, which recognise excellence among Western Australia’s young business elite. Voting in the Peoples Choice category is now open and anyone can vote for James at https://www.40under40.com.au/Peoples-choice.

James has been the lead on our Agnew renewable energy project – one of the largest in Australia and making meaningful steps towards reducing Gold Fields carbon emissions. A highlight last year was the completion of the first phase when the new 23MW power station was switched on.

Integrating Agnew as well as the Granny Smith solar and battery renewable power plants successfully with the mines’ existing energy systems will be James’ key focus over the next few months. The challenges are significant. Agnew will be one of the first mines in the world where:
- renewables are planned to account for over 50% of the mine’s energy mix
- wind, solar gas and battery storage has been integrated into a standalone system.

James, who has been with our company full-time for five years, but as a consultant going back almost 10 years now, is enjoying the challenge. He has been integrally involved in the Agnew project since 2016: “We had been looking at getting Agnew onto its own power supply for some time, but initially decided to stay with the existing supply system via BHP.”

“In 2016 we made the call to go on our own. With the experience of work done on the Granny Smith solar and battery project, we knew it wouldn’t be possible to replace gas completely, but we were determined to push renewables up above 50%.  As a project like this had not been done before, I wanted this to be a first for Gold Fields. Agnew has a manageable sized power load so this was an opportunity that could not be missed,” James says.

The wider mining industry has been watching the project with great interest as a successful implementation could undoubtedly boost confidence in renewables more widely. James has a number of stakeholders to consider, including the Australian government which has supported the Agnew project with a recoupable investment of A$13.5m through its ARENA fund. Then there are the contractors and sub-contractors involved in the project, for many of whom this has been a project in which they are pioneering new technologies.