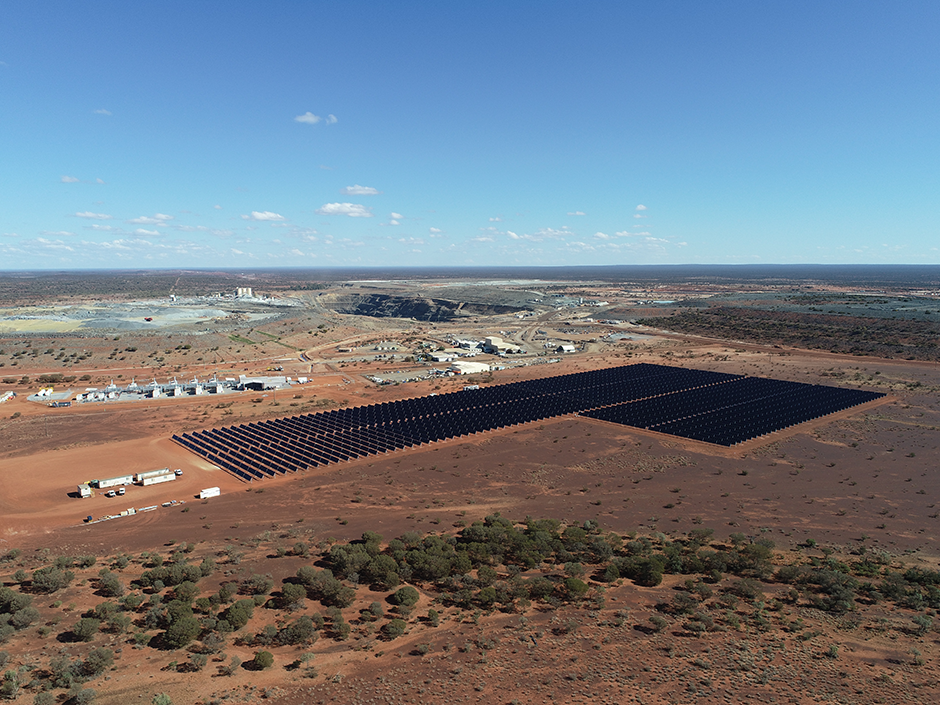 Our Agnew mine in Western Australia has achieved two milestones on its journey to becoming the first major gold mine globally to be completely powered by solar, wind and gas with battery backup.

In August we switched off our electricity supply from the BHP Leinster network and connected our mine to a new, onsite 16MW gas power station, owned and operated by electricity supplier EDL. The new power station has eight gas engines with two diesel generators as backup, with gas coming from a new 25km gas pipeline. And last week Agnew’s 10,000 panel solar plant with sun tracking came online permanently, set to produce 4MW of power during the day, allowing two gas engines to be shut down. All our major mining and processing operations, the office complex and the new Agnew village are now connected and receiving a share of renewable, solar energy.

Construction of the mine’s 18MW wind farm and 13MW/4MWh battery project has commenced, with the battery system to be commissioned during January 2020 and the first of five wind turbines expected to come online a month later.

Congratulations to James Koerting, Gold Fields Australia’s Unit Manager, Electrical Operations, and the teams in Perth and at Agnew.