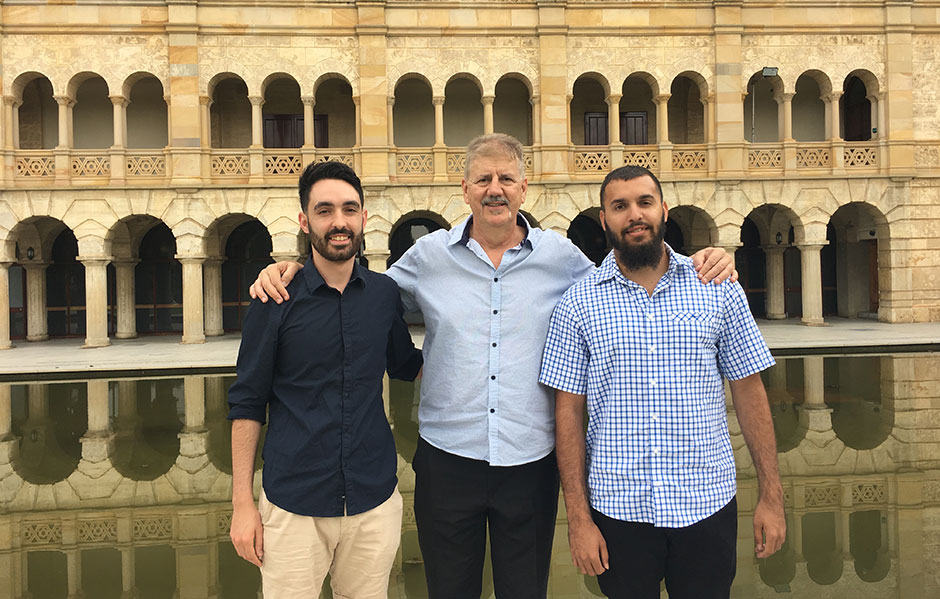 The Gold Fields Australian Foundation Aboriginal Tertiary Scholarship Program is proud to announce that two of its scholars have completed their degrees in 2017.

Congratulations to Braydon Graham who completed his Bachelor of Science degree at the University of Western Australia (UWA), majoring in Environmental Science. “Without the scholarship, I would have struggled to complete my degree as quickly as I did,” said Braydon. “I’m extremely grateful for both the financial support and academic advice provided by Gold Fields.”

Braydon is keen to gain employment in land rehabilitation, close to his family in the Norseman area, hopefully with Gold Fields or any mining company which requires rehabilitation work. His longer term goal is to start his own environmental consultancy.

Congratulations also to Travis Germain who has completed his Master of Professional Engineering, also at UWA, after a successful six-year academic journey. His final thesis was on the testing of hydrodynamic responses of floating offshore facilities.

While Travis would like to be able to work near his family in the north-eastern Goldfields at some stage in his career, he is thrilled to have been offered a position with BHP Iron Ore in Port Hedland in 2018, where he will focus on rail engineering.

“I’d also be open to future opportunities with Gold Fields, in appreciation of the financial and moral support I’ve received throughout my studies,” said Travis.